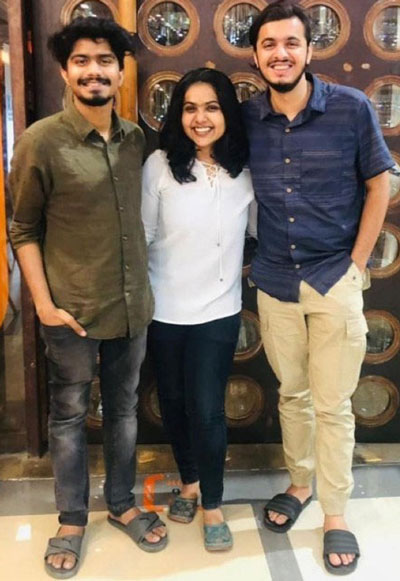 The theme of this year’s Transparence 15 Student Competition conducted by Ethos India, Saint Gobain was ‘Well-build: Spaces for Wellbeing’. 20 colleges in India had taken this competition as a studio project and there were several entries.

Dolly Gada, Rishabh Verma & Aman Attar from PiCA, New Panvel won the Second runner up prize at the National Level. This team was also the West Zone winner at the Zonal level of Transparence-15.

In the Western Interface of this competition, Pooja Chavan, Zubair Khan & Vaibhav Panchal were rewarded with Jury Commendation while Prachi Jatia got the Special Mention. 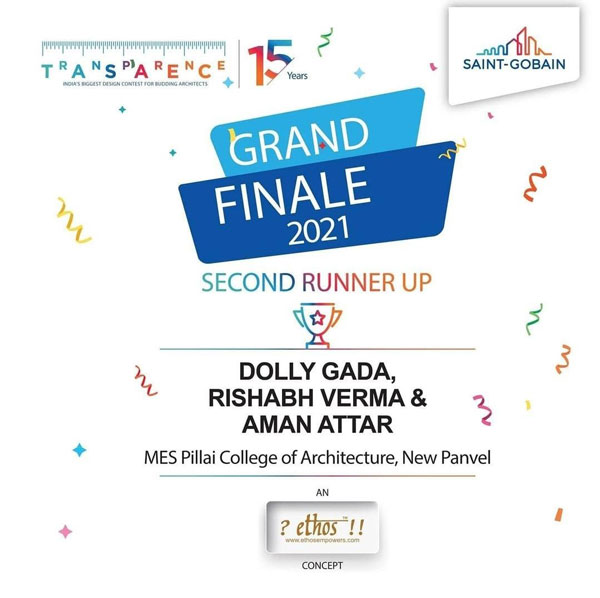