As a part of AD Studio 5 for Third academic year – Sem 5, we invited Architect Sourabh Gupta – Founder & Principal Architect at ARCHOHM, Noida – UP as our third guest under ArchiLogics Lecture series – an initiative by PiCA 2020-21.

About Architect Sourabh Gupta:
Sourabh Gupta graduated in architecture, from the School of Architecture, CEPT University at Ahmedabad in India. With the insight provided there by the best in the realm of architecture, coupled with a stint in urban design from the architecture school at TU delft, the Netherlands and most importantly, propelled by a compulsive need to travel, explore and design, Sourabh initiated studio archohm.

Having won and executed a series of design competitions and commissions, archohm has grown in leaps and bounds in the last decade and a half. Today, its portfolio has a stimulating mix of typologies, scales and sectors of architectural works, infrastructure, furniture and product design, design research and system design. Having transcribed a full circle with its own design education and publication extension, it strives to be a one-stop-shop for almost everything in the world of design.

The studio’s inter-disciplinary nature attracts an eclectic mix of people from backgrounds in architecture, urban design, product design, graphic and academia to induce a novel and unconventional character and a perspective to design. Believing in living ‘life through design’, Sourabh enjoys badminton, Nusrat Fateh Ali Khan and an occasional Hoegaarden. An avid reader and a discerning ‘wanderer’, he is on a perpetual design expedition.

The Q&A session followed a set of comments and queries from students as well as faculties. The session was really helpful and interactive with the extreme enthusiasm from the guest speaker as well as student. 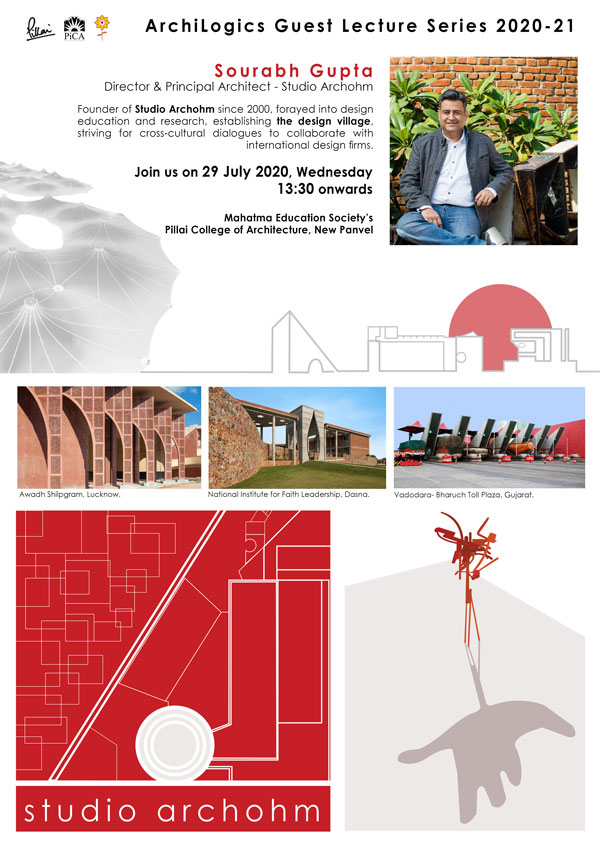