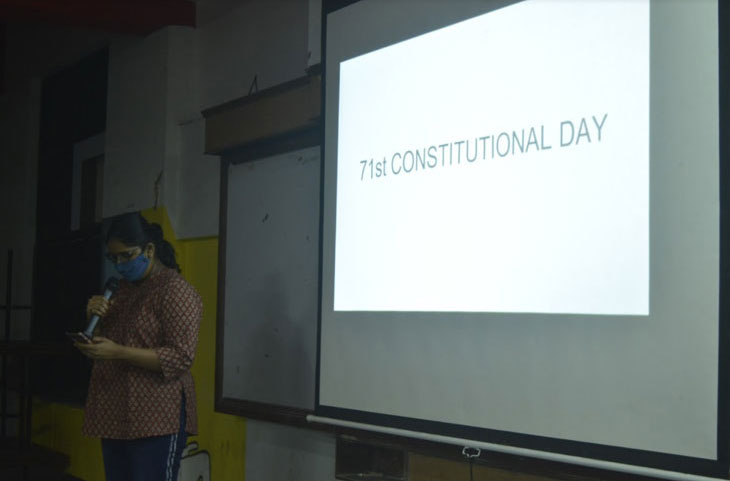 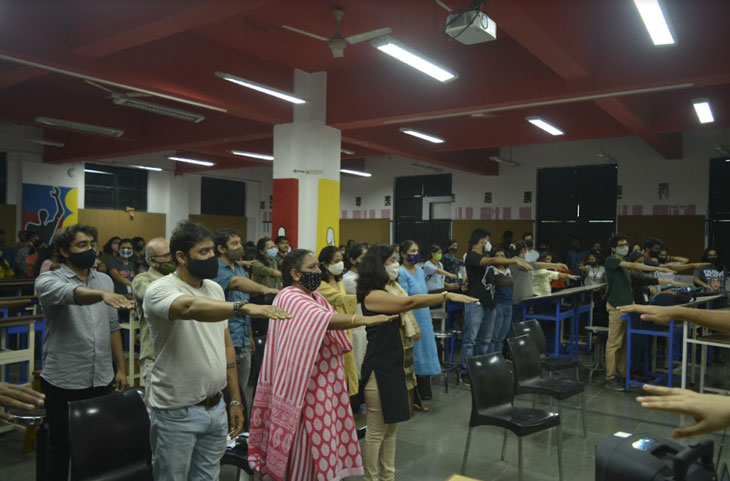 How was the day celebrated?
The program started up with gathering all the faculties and students from all the years into the ground floor studio of the college which was continued by a welcome speech to all the authorities. Then there was a short presentation screening done which was made to bring in awareness among everyone about the constitution and the constitution day which also included a mention about the father of constitution – Dr. Babasaheb Ambedkar. Then the programme continued by the screening of a video which described the preamble and showed up the major highlights, history and importance of the constitution day.

This was then followed by everyone standing up and reading the preamble and pledging over it. The event was then concluded by a thank you message to everyone for attending the event and making it a great success.