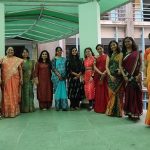 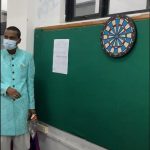 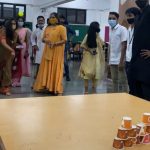 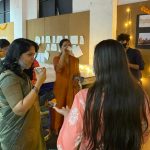 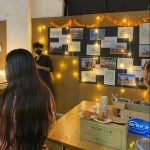 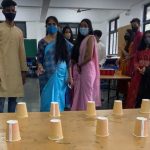 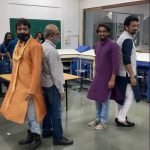 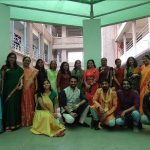 The celebration was started with lighting the lamp by the principal in the ground floor studio of the college. The studio was perfectly divided into different spaces and the individual house group were given each space which they had to decorate; they also were dressed in the particular state attire along with serving them with food which are famous. There were also different games arranged on the 1st floor studio which was also given house wise division wherein people were welcomed and everyone from faculty to students were welcomed to join in these events and enjoy the different traditions along with getting to know about them. There was also a voting system arranged wherein at the end before moving out everyone voted the particular house they liked and there was also an announcement of the winner.

The event ended with great joy. This was also around the time where the freshers came in and this was one of the first events, they attended which can be called as a great welcome to the baby Picans where they could have a good amount of vertical and horizontal interaction wherein, they get to know each other also bringing them together academically.