Martin Duplantierin his lecture titled, Exploring The French Realm: Through a multidimensional European practice, talked about his own journey of becoming an architect, his early explorations, the milieu of architectural practice and current issues addressed in France. He enunciated the core principles of his work and then showed examples of few of his architecture and urban design projects. Welcoming the guest speaker and release of the latest Tekton issue 8.1 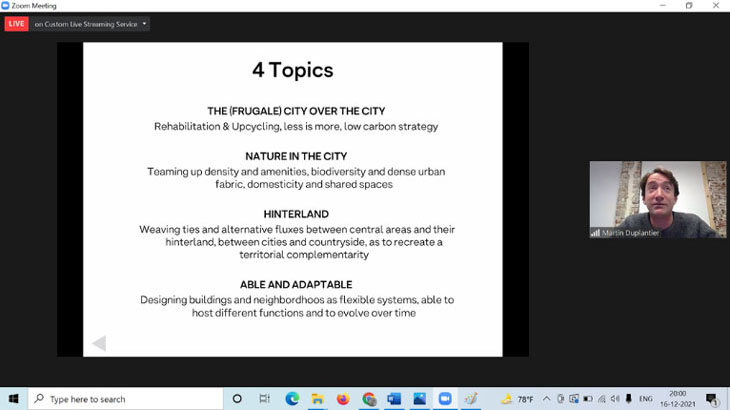 The session was held as a collaboration by way of our faculty Prof. Neha Korde currently working under him as a part of YUDAP Fellowship 2021. The event was supported by PiCA Student Council and X-Pican, our alumni association.

The latest issue of Tekton volume 8, issue 1was also released at the beginning of the event at the hands of the guest speaker Ar. Biju Kuriakose and Principal Dr. Sudnya Mahimkar.

The lecture was followed by Q/A from the audience. The session was live streamed on our YouTube channel. It can be viewed here: https://www.youtube.com/watch?v=m9fDoZCqd6s